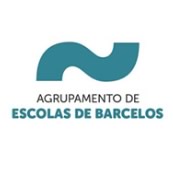 The Agrupamento de Escolas de Barcelos was born on 4 July 2012, due to the unification of Abel Verzim School and Barcelos Secondaryschool.
It is about an Union of schools with an important dimension, with the implantation in an extended area of ​​Barcelos District, in the two banks of the Cávado river, and it gives an educational response to student people from Barcelos urban area to Póvoa de Varzim and Esposende's district borderline.

The Agrupamento de Escolas de Barcelos with students between 3 and 18 years of age. We have 2400 students and 260 teachers. Have Kingarden, primary school and secondary scchool.

Goal of partner in SCHOOLS21C Project